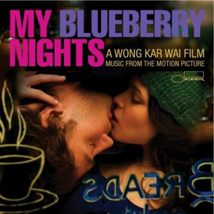 After dazzling audiences with her breakthrough album, Come Away With Me, Norah Jones tries her hand at acting in My Blueberry Nights. Not to bite the hand that feeds her, Jones contributes a song to the film’s soundtrack called “The Story.” Sultry and smoky, the track features Jones at her best.

Overall a nice mix of stylistic variation, My Blueberry Nights manages to evoke the mood director Wong Kar Wai most seems to relish: longing. Also included on the moody and atmospheric CD are two of Cat Powers’ best songs from her album, The Greatest, and a haunting version of the Neil Young song, “Harvest Moon,” covered by Cassandra Wilson.