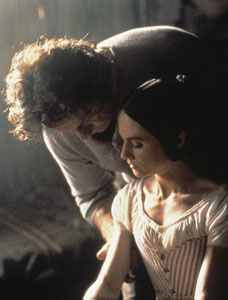 For the last five years, the Academy of Motion Picture Arts and Sciences has filled up every week from April through August with the ugly stepchildren of the Academy Awards – those nominated for the most Oscars that failed to nab the Best Picture title.

Great to be Nominated: Part Five, the final installment of these close-but-no-cigar movies, kicks off its 17-week run Monday with 1993’s psychological drama The Piano. And as with the past four years, every Great to be Nominated screening includes a half hour of shorts, outtakes and advertisements in order to, according to the Academy’s Web site, “offer up a snapshot of that particular year.”

Despite having 80 years of biggest losers to cover, the Academy finds ways to make each screening unique. The first series’ opener, 1928’s 7th Heaven, was shown with a new score that was performed in the theater by a three-piece ensemble (making it a silent film version of those over-the-top midnight showings of The Rocky Horror Picture Show), and past movies have been preceded by everything from black-and-white science fiction fantasies to old Disney cartoons (the first Bugs Bunny cartoon was shown before The Grapes of Wrath).

This summer, Monday nights at the Academy’s Samuel Goldwyn Theater in Beverly Hills will be taken over by almost-winners like Fargo, Brokeback Mountain and last year’s There Will Be Blood. All of the screenings will be followed by a discussion with crewmembers ranging from North American casting directors to sound re-recording mixers.

While I hate to push the sale on a series as inherently impressive as this, tickets for all 17 screenings are only $25 for students with ID. So put this week’s beer money to good use and let Hollywood’s finest underdogs cure a summer’s-worth of “the Mondays.”