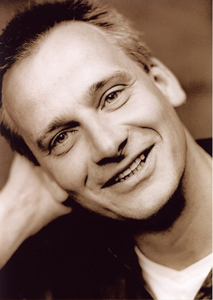 Every once in a while, a film comes along that sparks an international viewing frenzy. Titles like Pulp Fiction, Crouching Tiger, Hidden Dragon and Billy Elliot once held that distinction. Now, a poignant new movie called Four Minutes has taken the world by storm.

German auteur Chris Kraus wrote and directed the tale of an elderly woman (world-renowned veteran actress Monica Bleibtreu) who makes it her mission to help a young imprisoned woman named Jenny (played by newcomer Hannah Herzsprung) surpass the violent ways that landed her in jail. The two focus on nurturing Jenny’s amazing musical talent. In the end, a powerful dynamic between the two characters is formed.

Vier Minuten (as it’s known in Germany) has been bestowed a wealth of awards and accolades. In 2006, the movie was named best film at the Shanghai International Film Festival. As a matter of fact, it has been decorated with over 30 awards worldwide, including two German Oscars for Best Film and Best Actress.

However, to hear it from the movie’s director, all that praise and recognition is pure dumb luck.

According to Kraus, Four Minutes was made and had been expected to receive a tepid response. Yet, it soon began to receive fantastic word of mouth throughout Europe and in Asia, garnering great press.

What has been the most fulfilling aspect of the Four Minutes juggernaut thus far?

“It was just getting this film made,” admits Kraus with much modesty.

Although the writer/director is quite proud of his latest accomplishment, the story is not exactly one that would seem obvious for him to have made.

“I got my start as a comedy writer,” he admits.

His humble beginnings as a lover of Woody Allen movies (along with following in that famous filmmaker’s humor-based footsteps) took an interesting detour into the land of the sophisticated drama.

When asked how he was able to extract such a breadth of human emotion and turmoil from his Herzsprung, Kraus is very honest.

He also admits that his younger star is a bit of an acting prodigy.

“[Hannah] was very new to this,” he says. “[Four Minutes] is her first performance.”

His process as a director is to let his actors’ performances evolve and take shape as they see fit – as opposed to inflicting a very heavy-handed sense of guidance upon them.

As for his work with Bleibtreu, Krause does not give off the impression of being starstruck, but his admiration for this venerated star and her body of work is apparent. His talk of her long hours sitting in the make-up chair to make her look 20 years older, coupled with her amazing reputation on both stage and screen are truly moving.

“You may not know her, but she’s quite well known here,” he explains.

Also getting rave reviews is the presence of classical music within the plot. The genre manages to evoke a subtle note of elegance that sits juxtaposed against the sadness and heaviness of the drama as it unfolds. Not since Once has a film been steeped in so much musical buzz.

Aside from his amazing ability to lead a stellar cast to glory, Kraus is also a down to earth devotee of his craft. Minus the stereotypes that seem to follow Hollywood directors, Kraus speaks of his film and its success without an ounce of bravado or pretension.

At the end of the day, he simply seems content with the notion that he has created for himself – and the world – a strong story about the strength of commitment as well as the way music binds our collective experiences.