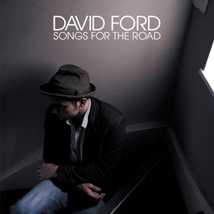 With his sophomore attempt, Songs for the Road, David Ford once again tries to capture some of that magic that was encased in his first album. After touring with the likes of Aqualung and Gomez and having played alongside Elvis Costello, Ford returns with a collection of beautifully crafted songs.

This time, he restrains his music-making process from being an emotionally fraught one. The anger-soaked songs of the previous album have been replaced by a cleaner production. His trademark whiskey-soaked vocals are still present, but the anguish and honesty that makes them powerful are lacking in most of the nine tracks.

It seems as though the emotion and sound that are present in Songs for the Road don’t do justice to David Ford. The DIY aesthetic that permeated his first album is missing here. And, in all honesty, it feels as though this album would have been much more powerful had he stuck to his previous recipe.

Songs for the Road is currently available.