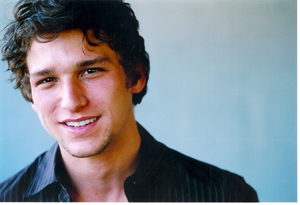 Here, the sports stud sounds off about his favorite aspects of the city.

Restaurant: Chaya Brasserie (8741 Alden Drive, Los Angeles). They have the best filet with a side of mashed potatoes.

Theater: Sherry Theatre (11052 Magnolia Blvd., North Hollywood). It’s a small setting where only about 35 people can fit, and it’s where I started my acting career.

L.A. neighborhood: Los Feliz. It’s very up ’n’ coming, and it has a real artsy feel to it, which you can’t beat.

Favorite thing about Los Angeles: The food. I love to eat all sorts, and L.A. has it all.

Hobby: Playing golf when I have time off. I love playing and getting out in the sun as much as possible. My brother and dad play golf as well, so it’s kind of a family thing.