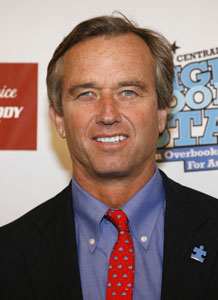 UCLA’s Long Battle with Music Has Come to an End

Well, it’s over. The contest to find a new fight song began in 1984 when the UCLA Alumni Association called for a song to replace the fight song “Sons of Westwood,” which simply appropriated the music from the UC Berkeley fight song “Sons of California” and replaced the lyrics with ones more suitable for the Los Angeles campus.

The song chosen in 1984, entitled “The Mighty Bruins,” which was co-written by composer Bill Conti, famous for having written the score to Rocky, ultimately did not last as the school’s fight song. However, out of that song’s ashes has risen the new, unofficial winner of that very same contest.

Jim Mann, the writer of the new UCLA fight song, had been trying for 24 years to get his fight song into the hearts and minds of Bruins fans, and it may have finally come to fruition. The “New UCLA Fight Song” by Professor Mann can be downloaded at www.myxertones.com for 99 cents.

On April 23, the day after Earth Day, Robert F. Kennedy Jr. spoke about his passion for environmentalism at a 7 p.m. seminar on USC’s campus. The son of the former Attorney General and nephew of President John F. Kennedy, he has turned his life around after a 1983 arrest for heroin possession. Kennedy now works to protect the natural world, particularly water-covered areas of the Earth such as New York’s Hudson River, and has been named a “Hero for the Planet” by Time magazine.

Kennedy has also followed in his famous father’s footsteps as a lawyer, becoming the senior attorney for the Natural Resources Defense Council. The NRDC is a non-profit environmental lobby group, founded in 1970, to promote conversation and environmentalism in Congressional legislation.

Alumnus Verna B. Dauterive, 85, decided to give the University of Southern California a donation of $25 million in honor of her late husband, Peter W. Dauterive, also an alumnus. The couple had met on USC’s campus in 1947 before Peter became a successful banker and Verna had begun her career as a Los Angeles school administrator.

The $25 million given by Verna Dauterive will be delivered over the next couple years and is stipulated in her living will.