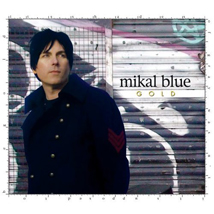 Blue has extensive credentials as a producer; he’s helped to craft the sounds of Five for Fighting, Colbie Caillat, Augustana, One Republic, Drowning Pool and the Daylights. Apparently all of these artists were bugging him to make his own album, and the pestering has paid off in the form of Gold.

The jangly title-cut has an extremely hooky chorus, and Blue is wise to start the album with it as it immediately demonstrates what he’s about: making music that holds up to heavy rotation whether it’s on the radio, the video station or the iPod.

Blue is British, but an accent is not very noticeable in his vocal work. What is obvious, is his respect for the Beatles.

“Change Tomorrow” nods to “I am the Walrus” and includes a reference to another Beatles tune, “Here Comes the Sun.” “Pepper” finds Blue toying with psychedelia, and although the song is ostensibly about a girl named Pepper, it is a thinly-veiled homage to the Beatles’ sound circa the Sgt. Pepper album.