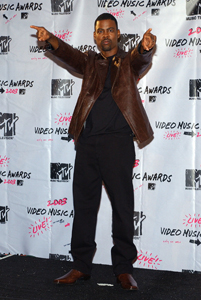 Chris Rock is funny. In a cringe-because-it’s-so-true kind of way. In a better-watch-his-back-because-he’s-so-cold sort of style.

Nobody was off limits as he strutted back and forth on the stage for his L.A. stop of his aptly titled No Apologies Tour sporting his signature silly, yet sinister smile and long-fingered gestures: Babe Ruth, Obama, Hillary, Bush, Rosie O’Donnell, his own spoiled kids ... He discussed the funnier facts of interracial dating and even took a jab at his own sexual prowess, while discussing the differences between ladies and gents.

Comedy
Impractical Jokers aka The Tenderloins, Serving Comedy Up "Well Done": Live at The Grove of Anaheim (1/17)
4,961 views