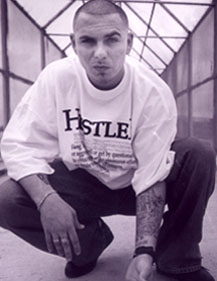 If you haven’t yet heard about this dawg, then it’s time to get acquainted with Pitbull.

The Cuban-American rapper broke out on the scene with his much-anticipated debut album M.I.A.M.I. Money Is A Major Issue (TVT Records) last August, and the moment that Pitbull’s hot single "Culo" dropped, hip-hop was revitalized his blend of rhythmic dance music, racy lyrics and infectious vibe.

But don’t expect this cat giving praise to expensive ice, phat rides with 26-inch dubs, or drinking Cristal like it were holy water. Because for Pitbull, it’s not about the bling.

Pit began his musical journey at a youthful 16, got serious two years later, and had an album reaching gold status by the age of 24. Pit credits his Southern godfather Luke Campbell, who made news in the ’90s fighting for free speech, with teaching him about surviving on the road and how not to be one of those "Where are they now?" artists who burn out too quickly.

But burning out doesn’t look like a problem for Pitbull, who’s music is currently burning up the charts. Pit’s third single, the provocative "Toma," is spinning on radio stations across the country, while hip-hop entrepreneur P. Diddy recently hand-picked him for his new Sean John Spring campaign called New Breed, featuring Li’l Wayne, TI and Lloyd. Life can’t get much better for the rapper with the liquid blue eyes who can freestyle so easily it should be a crime.

"In the South, my grind has been so heavy for the last couple of years. Now that’s it’s going nationwide, I feel like I’m starting to build up that name," says Pit. "Now it’s to the point where anytime I drop something, they’re eager to hear what I’m talking about."

You could say that Pit picked up where Uncle Luke dropped off, bringing Miami heat to the West Coast. Pit is part of the Southern movement the industry calls crunk – high-energy music with heavy bass, possessing listeners to get wild and loose at the club. While East Coast and West Coast rap focuses more on lyrical content, crunk targets energy, inspiring people to shake their booties. Pitbull has also dipped his vocal prowess in reggaeton – a hybrid of reggae and hip-hop – which is rapped in Spanish.

"I feel it’s so successful right now," Pit says when asked about crunk and reggaeton’s future. "It will continue to be successful because they closed a lot of doors on us. Number one, they didn’t believe in our music, and number two, they didn’t really respect it."

However, that doesn’t seem to be the case now. In a few short months, Pit has gone from as an underground icon to a steadily rising mainstream sensation who can step effortlessly into both worlds and be accepted.

"I hope to get into an executive position by the time I’m 27 and be able to do what Puff did or Jay-Z or Master P," Pit says with conviction. "And be able to milk the game ’cause, I’ll tell you what, it sure ain’t gonna milk me."

In the works for 2005, Pitbull has a Spanish CD, a reggaeton compilation and his followup to M.I.A.M.I. For pleasure, he churns out his own mixed tapes, which are available on www.pitbullmusic.com. For now, the future is bright for this brotha’ and nothing seems impossible.