All That Jazz: Düsseldorf Gets Its Groove On 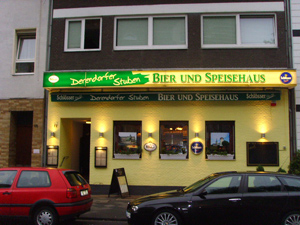 There’s no doubt about it, Bach would be there if he could. The famed German composer of Baroque music is more than a couple hundred years removed though, otherwise he’d be packing up his gear and heading to Düsseldorf where he could let his hair down, fire up his bank of keyboards and jam with some of the world’s finest musicians.

Every May, stages sprout up like mushrooms in and around the city’s historic Burgplatz area as the Düsseldorf Jazz Rally kicks into high gear. Now in its 16th year, the rally brings out the best of local talent as well as musicians from around the world for a long weekend of fun.

Some of the artists appearing this year include the American accordion and guitar duo Cleanhead & Barefoot, British cornet master Rod Mason and his Hot Five Band and brass band Men In Blech. The New Orleans Feetwarmers will be there and returning again this year is the perennial homegrown favorite, saxophonist Klaus Doldinger and his band Passport.

Although the three-day event affords jazz fans ample opportunity to hear their favorite kind of music performed in different styles, the rally is known for being the place to hear almost any kind of music. Walk down any street in the Burgplatz area and music is flowing like good German beer, spilling out of taverns, wafting from temporary venues set up under massive tents and blasting from outdoor stages. Blues and rockabilly are in abundance, and you’ll even hear some rock ’n’ roll. DJ Can, who has recently remixed for the Ying Yang Twins, will be on hand to keep the dance floor heated up all night.

Music usually starts around 4 p.m. in the afternoon, and the way it works is that one wristband will get you into most venues while some shows require a separate entry fee. There’s plenty of listening to be had for free, too, which means you can spend your Euros on a freshly baked pretzel and cold Schlosser Das Alt ale instead.

Düsseldorf is a large, sprawling city but much of what you’ll want to see is in the Burgplatz area and within walking distance. Burgplatz is situated on the Rhine River where old town Düsseldorf (called Altstadt) seamlessly melds with the modern.

Walk one direction and you’re surrounded by gorgeous old buildings rich in history, where you can visit the giant statue of hero Jan Wellem, resplendent upon his horse, or have lunch in the very same restaurant where Napoleon ate. Watch mustard being made, have a drink in Germany’s smallest pub (three tables) or satisfy your craving for schnitzel.

A short walk along the Rhine in the opposite direction and you’re among buildings featuring modern design surrounded by discos, nightclubs and hip shopping outlets. The Kunst im Tunnel, or KIT art gallery, is here, too. KIT is housed in what was formerly a disused utility tunnel; now it is a show space for local avant-garde artists.

After you’ve taken the elevator down to see KIT, walk a few more blocks and take the elevator up the Rhine Tower where the observation deck affords a beautiful view of the city. And while you’re admiring the Rhine far below, know that you can get out on the water by taking a riverboat cruise. Those leave several times a day from the Burgplatz area.

A very long time ago young boys in Düsseldorf used to earn pennies by turning cartwheels in the street. You won’t see that nowadays, but you will see a statue that commemorates that spirit; the fun-loving attitude that Düsseldorfers love to share with visitors.

The Düsseldorf Jazz Rally for 2008 will be held May 9 through 11. Air Berlin has a hub in Düsseldorf and they offer direct flights from several American gateways and connections from other major European cities.