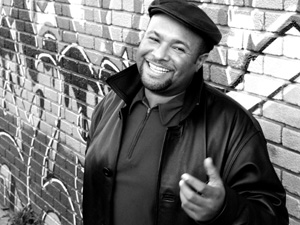 Many Hollywood actors, writers and producers were spawned from Motown, including Jerry Bruckheimer and Francis Ford Coppola. The next Detroit native to make a silver screen splash is Joe Doughrity.

Writer, producer and director Joe D. was recently awarded the prestigious Director Guild of America Student Film Award for a movie he wrote and directed, Akira’s Hip-Hop Shop, a romantic comedy/drama about an Asian man and a black woman that was accepted at the Los Angeles Asian Pacific Film Festival, which runs through May 8.

Joe D. received his Bachelor of Fine Arts from Columbia College Hollywood, got his first break as a production assistant on John Singleton’s Boyz n the Hood and then collaborated with Singleton on Poetic Justice and Higher Learning.