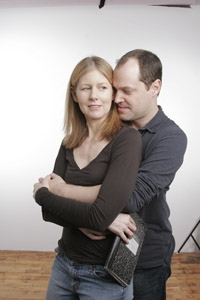 'Proof,' the Pulitzer Prize-winning play by David Auburn, tells the story of Robert, a professor of mathematics at the University of Chicago who also happens to be one of the most brilliant minds of his time. Unfortunately, he succumbs to a disease that drives him to madness, losing the ability to continue proving complicated mathematical theories.

Meanwhile, his young daughter, Catherine, who proves to be a mathematical genius like her father, puts her life aside to care for him until he finally passes from heart failure. As the story develops into Robert’s funeral, two additional characters present themselves in Catherine’s life: her estranged sister, Claire, and Robert’s protégé, Hal.

Hal is eager to get his hands on some of Robert’s old notebooks that hold valuable mathematical information and begins to develop feelings for Catherine. While Claire, Catherine’s older sister, has her own controlling agenda in mind regarding Catherine’s future.

This adaptation of 'Proof' is beautifully cast and directed by Elina de Santos. Abigail Rose Solomon depicts the character of Catherine with grace, delicacy and fearlessness. Ariana Johns plays Claire and is so convincing as the controlling older sister, you fight resenting her the entire show. Even after, you resist abhorring her heartless character.

Robert, a lovely and endearing performance by Greg Mullavey, will break your heart. One of the most spectacular experiences of this show is observing the dynamic relationships between the characters in such detail and complexity.

If you have yet to see an adaptation of 'Proof,' this is truly a great production. It will leave you guessing at every turn, warm your heart and even bring out a few tears.