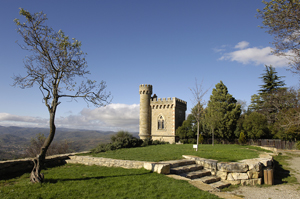 You often hear people bragging about their bloodlines. Some claim to be Mayflower descendants, while others assert links to famous celebrities or politicians on some distant branch of their family tree.

People spend small fortunes and countless hours trying to trace their genealogy to know where their families began. Imagine the bragging rights you’d have if you could say you were the distant offspring of Jesus himself? That might even trump royalty!

The theory that fuels Bloodline’s engine is that Jesus Christ and his friend and follower Mary Magdalene were much closer than the Bible has led us to believe. In fact, the theory proposes that they were married, had children and that Mary and their children, at least, ended up living and dying in the south of France.

I know, you’re thinking this is a re-hashing of all the old Da Vinci Code stuff, right? It isn’t. Filmmaker Bruce Burgess takes us down a fresh, and somewhat objective path with his new documentary. Once the theory is spelled out, the film then presents the “bloodline conspiracy.” This is the notion that there are secret societies and agendas in place to prevent the world from knowing the truth about Jesus and Mary, a truth that would rock all facets of the Christian faith.

“We didn’t go in with preconceived ideas,” says producer René Barnett. “We didn’t want to prove this or that. We just wanted to turn up what we could and let the chips fall where they may. What we really set out to do with the film was to add to the conversation and spark the conversation and not to necessarily change anyone’s mind. We just wanted to lay out what we found.”

Burgess is a seasoned filmmaker with many completed projects under his belt, but tackling such a heated subject was still a challenge for him.

“This was the hardest thing I’ve ever done,” he says. “I didn’t even know what I wanted to say. I was trying not to say anything. I was trying to just put stuff out there and just let the film do it.”

The most intriguing part about this film is the journey it takes you on following an untrained adventurer named Ben Hammott on a trail of discovery. At Rennes-le-Chateau in southwest France he uncovers hidden clues among the artwork in the Church of Mary Magdalene.

These clues lead him to discover parchments buried in bottles throughout the countryside. The parchments lead to a chest of ancient, Jewish relics and eventually to a tomb that contains a mummified corpse and a literal treasure of riches.

Criticized for showcasing Hammott’s amateur archaeology, Burgess quickly points out that some of the greatest discoveries in modern history were found by “workmen and tomb robbers and just regular Joes who were then pushed out of the way when the blokes in the suits came in.”

Of course, there’s no way of knowing if this tomb is that of Mary or Jesus, at least not yet, but the clues that were followed were left behind by Father Bérenger Saunière, a priest that allegedly uncovered the truth in the late 1800s and was threatened with his life should he ever divulge what he had discovered. His solution was to allegedly layout this network of clues to be discovered upon his passing.

It all sounds unbelievable or, at best, far-fetched. This film will lead to many heated arguments, but it’s also a compelling and fascinating documentary.

Bloodline releases in select theaters May 16.