The Dead Science: May 4 @ the Smell 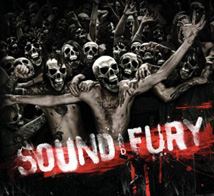 There’s a certain type of character, one who survives on few resources but frugally replicates the image of the bourgeoisie, dressing and speaking with impressive elegance but quietly returning to a humble life of have not when the night ends. The Dead Science embody this style of deception – they being a young Seattle trio of class who blend free jazz, brooding post-rock, grim tales and sighed crooning.

Already solid musicians when their debut emerged five years ago, the Dead Science have really come into their own, and this particular set demonstrated a fluid transition to heavier rock. On stage, they gave us a large taste of upcoming record Villainaire, for which bassist Jherek Bischoff will apparently opt more for bass guitar than his usual stand-up, and drummer Nick Tamburro will finally spread his metal sensibility to every spare bit of space.

What they most perfected on this night was their ability to branch off into a collective state of disarray – Bischoff dancing freely with his bass, Tamburro putting his drums to death, frontman Sam Mickens acting as the cool center of it all – and suddenly break into a perfect, organized note of silence. They pleased us with “Drrrty Magneto” and gave us a harp-free go at new single “Throne of Blood.”

Mickens seduced us with his falsetto purr and turned on us with a snarl; his guitar followed suit. These musicians are so very different from one another, but together they grow more stunning each day.