Reprise: A Norwegian Wunderkind Has Done It Again 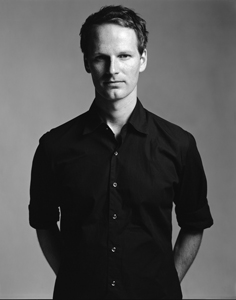 You may not have heard a thing about the new film Reprise. But if director Joachim Trier has anything to say about that, you soon will. This 30-something filmmaker is out promoting his latest movie, which just might be the cinematic version of J.D. Salinger’s The Catcher in the Rye.

Trier – who is a distant relative of another breakout director, Lars von Trier (Dancer in the Dark) – takes audiences on a smoldering and sophisticated ride through the trials and tribulations of two friends, Phillip (Anders Danielsen Lie) and Erik (Espen Klouman Høiner). Both are young authors living in Norway whose lives become affected by the sudden fame of being published and celebrated while still in their 20s.

Trier crafted the tale with his friend and writing partner, Eskil Vogt. However, Reprise isn’t the film that these men set out to write. Both were more interested in creating a spy novel as opposed to the passionate, edgy, heartfelt drama that resulted.

“All these more personal ideas about all the young people we grew up with and knew kept coming up,” admits Trier. “We thought at first, ‘Oh, we can’t make a film about that. It might be boring.’ But as it turned out, all this material was becoming more interesting to us, and we eventually put aside the thriller.”

What evolved is a stylish nod to the modern generation of artists: young men and women who don’t pride themselves on acquiring stuff or succumbing to massive consumerism. Instead, Trier’s characters are educated, hip, witty and sensitive individuals who are more interested in relating to one another than coming off as cool and detached. Trier and Vogt were incredibly aware of the types of people that they were portraying.

“When you are 23, the music you listen to, the books you read, the movies you watch, everything becomes a way to create who you are,” says Trier. “Part of what we wanted to explore is the burden of this knowledge that you can construct your ‘self’ or ‘identity’ out of these things.”

That form of self-actualization takes the two main characters, Phillip and Erik, down very different paths of discovery.

“In Phillip’s case, it turns out to be a tragedy,” says Trier, “while in Erik’s case it takes a funnier and more comic turn. But all the characters are in this kind of identity crisis.”

That “tragedy” comes in the form of a nervous breakdown that Phillip endures during the course of the film. Lie slips into his role with complete abandon, showing the destructive nature of a young man confused by his lot in life.

The truly remarkable thing about his portrayal is that this young actor is considerably dissimilar from his onscreen counterpart. In an exhausted attempt to find young men and women who could carry the emotion of the film while looking the part, the filmmakers had to dig deep.

Although Lie has acted before, he is garnering a lot of buzz on the press circuit for being a recently graduated doctor, by way of the University of Oslo. Høiner’s story isn’t much different. Aside from a role or two in other films, he makes his living as an advertising copywriter.

Trier recalls with vibrant laughter, many occasions in which he would be in bars with his friends and see someone standing a few feet away that could be perfect for one of the roles. He would often approach these total strangers, in hopes of getting them to audition for him. He marvels at the notion that Los Angeles is teeming with people who aspire to act, because in Norway, the talent pool was much more limited.

Still – like his filmmaking heroes, Wes Anderson and Woody Allen – Trier believes in a world of unique individuals that are neither flawed nor perfect. His is a land of art minus pretense, of cool kids free of bratty behavior and where love is still the noblest thing that a man can achieve in his life.

Reprise is currently in select theaters.

Interviews
Ai Weiwei on activism in the US, his art response to COVID-19 and a secret Wuhan film
626 views

Interviews
James Bond producer: 007 ‘can be of any color’ but never a woman
1,869 views