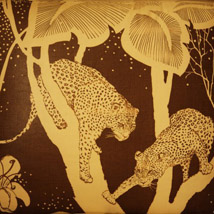 This record being the first official announcement of War Eagle additions Malachi DeLorenzo (drums) and Paul DeFiglia (upright bass), who’ve been touring with Langhorne the last couple of years, Langhorne Slim is also well-delayed, released more than a year after V2, sold last year, was expected to carry it.

These songs have been filling Langhorne’s live shows the last couple of years, and what doesn’t do the (Pennsylvanian) Appalachian-folk-punker any favors is to compare these recordings to those live sets. On stage, he lights up with a raucous energy, adding unbelievable fury to songs like “She’s Gone,” delivering the preachy “Diamond and Gold” with a snarl of frustration and urgency.

Here, there’s a bit of filler mixed into a record otherwise quite fine but tame; a nicely re-worked version of “Restless” appears (previously on the Engine EP), while “Hello Sunshine” is a bit corny and feel-good. “The Tipping Point” and “Oh Honey” capture his playful, prancing style, while “Rebel Side of Heaven” is surprisingly forgettable. At his caliber, Langhorne’s biggest competition is himself.