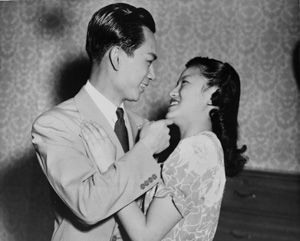 When you think about how the Chinese have been represented on the big screen over the years, it’s easy to conjure up images of stereotypes. Looking to illuminate the true history of Chinese Hollywood, this Arthur Dong-powered documentary takes you down a timeline of Chinese film history from the early 1900’s to the present. Featuring interviews with actors, directors, writers and film historians like Ang Lee, Tsai Chin, Amy Tan, Justin Lin, James Hong, Anna May Wong and B.D. Wong, we are given a well-rounded look at the industry as seen through the eyes of Chinese artists.

Some of the highlights are hearing Nancy Kwon’s tales of her heyday in The World of Suzie Wong and Flower Drum Song and Joan Chen’s journey from starring in The Last Emperor to finding her passion and calling as a director (Autumn in New York). It’s also shocking to see how many non-Asians played Chinese roles in Hollywood’s past.

The images in Hollywood Chinese are beautiful, the sentiments moving yet the history’s a bit embarrassing.