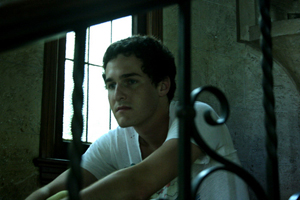 Named by Flaunt magazine as the “Purveyor of cool,” Jeremy Wineberg is the president of Invisible DJ Records. Launched from the floor of the Ron Herman store in Fred Segal on Melrose in 2006, the label boasts a catalogue of innovative recording artists and eclectic music collections.

A recent graduate of California State University Northridge, Wineberg believes all things are possible and continues to create new concepts to help revolutionize and reinvigorate the music industry. In the fall, Wineberg plans to attend graduate school while simultaneously running his label.

Wineberg’s creative and avant-garde approach to business effectively merges fashion and music. His label released the Dirty English by Juicy Couture compilation, which is carried in all 140-plus Juicy Couture stores worldwide, and a compilation series with DJ Jason Eldredge of KCRW titled Accidental Rhythm Mix 1 featuring new emerging artists from around the world.

Wineberg is always on the search for groundbreaking artists who lyrically inspire, cross boundaries and intellectually challenge. Here, he shares his L.A. favorites.

L.A. band everyone should know about: Sam Sparro (www.samsparro.com)