Sergio Leone: The Beauty Behind Ugly 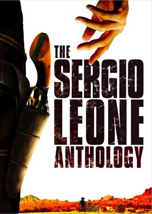 In the field of filmmaking, there are directors, filmmakers and artists. Directors are generic and are simply hired to bring the film to life. If given the same script, most regular directors will probably make very similar versions.

Filmmakers have extremely unique styles and visions, so when a filmmaker is brought on and is allowed to bring their vision to life, the film will usually be better. Filmmakers are more artistic than directors, and if given the same script, two filmmakers would make two very different versions, but they’d both likely be fantastic.

An artist has no equal. An artist will take a script and make something that’s saturated with a style that belongs to him and cannot be replicated or stolen.

Directors make movies, filmmakers make films and artists create cinema. One such artist in the field of filmmaking that I would like to address is Sergio Leone.

To say that Leone’s work is brilliant would be an offensively unacceptable understatement. Although his body of work is small, any one of his films wipes the floor with a lot of people’s entire careers.

I would like to specifically address his “Man with No Name” spaghetti western trilogy because not only is it one of the most flawless trilogies of all time, it culminates in one of the best films of all time. The trilogy consisted of A Fistful of Dollars (1964), For a Few Dollars More (1965) and The Good, the Bad and the Ugly (1966) and starred Clint Eastwood in an unmatchable performance as “The Man with No Name.”

Although Eastwood’s immortally iconic character has a different name in each film (Joe, Manco and Blondie), he’s never addressed by those names more than once in each film. Eastwood’s performances as the lone gunslinger went on to become the template for just about any tough guy loner character after that point.

He’s not the typical John Wayne or James Stewart-type western character that beneath it all is a very loyal, principled and often times patriotic fellow. They would never make it in Leone’s west, which was populated by some of the most unsavory criminals you could ever meet, and it took a detached iron-souled hero to navigate it.

What makes these films so brilliant is the way every element synergistically fit together to create each film. Leone came up with the stories for all his films and co-wrote the screenplays with different Italian screenwriters. As opposed to writing huge stories, Leone opted for smaller, more intimate storylines.

But no aspiring director’s education is complete without studying the cinematography and camera work of Leone. Leone is infamous for cutting between different characters’ faces as if to create a collage of expressions.

Most of the time, the characters aren’t talking or reacting to anything, just watching; but the tension that this technique creates is fantastic. The final three-way showdown at the end of the uncut version of Ugly between Clint Eastwood, Lee Van Cleef and Eli Wallach consists of a five-minute stare down before a single gun is drawn, set to the unrivaled score from the great Ennio Morricone.

In an era where mediocrity has taken over, those of you who really love film owe it to yourselves to lose yourself in Sergio Leone’s genius.

Special Features
Digital theater is all the rage, but could it destroy the live stage?
567 views

Special Features
Oscars 2020: Who will win and who should win
926 views

Special Features
Secret screenings. Redacted scripts. How they make the twists in ‘This Is Us’
388 views