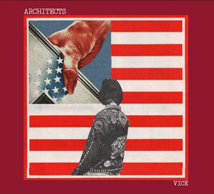 There’s no smoke and mirrors with the Architects. This Midwestern indie band specializes in raw, play-it-like-they-mean-it rock. And if you don’t like what you hear, they don’t care.

The decade-old band, previously known as the Gadjits, has played Warped Tour, opened for Rancid and has headlined venues across the country with its energized stage show. They’ve been successful because they know their strengths: gritty vocals, punk-esque rock with an unfinished yet seemingly refined sound and an alluring garage rocker attitude.

These traits still reign true on Vice, the band’s third album, which overflows with creative baselines and striking guitar riffs that collectively become a throwback to the ’70s. After all, the album draws heavy influences from Cheap Trick (“Mrs. Doyle”) and Kiss’ “Detroit Rock City” (“Jersey Shore”).