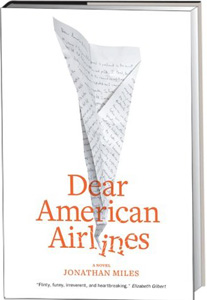 “Summer reading” is a phrase which conveys different ideas to various readers, from a single book (classic or contemporary) saved up in order to be savored throughout an entire summer to a small stack of writings picked up one at a time, like a collection of shells gathered up from a beach, as a reflection of a reader’s changing moods during the summer months.

Summer books are untethered to course syllabi, the ones that tend to correspond with how the mind wanders. These six recommended books, while not exactly “beach reading,” resonate with other summertime activities.

Soon I Will Be Invincible (Vintage)

Just released in paperback, this comic novel by Austin Grossman contemplates a present-day world populated with superheroes and villains. The novel’s central characters are an antagonist named Dr. Impossible, an evildoer because he suffers from “evil genius syndrome,” and a cyborg protagonist called Fatale who is recruited by supergroup the Champions.

Soon I Will Be Invincible makes a perfect literary complement to summer superhero blockbusters like Iron Man, The Incredible Hulk and Hancock.

In one of the latest in Continuum’s series of short books on rock albums (along with considerations of Tom Waits’ Swordfishtrombones and Patti Smith’s Horses), Mountain Goats singer-songwriter John Darnielle pens a short novel which is a paean to Black Sabbath’s 1971 recording and the teenage psyche.

Roger Painter, a young man committed to a psychiatric ward in 1985, keeps a journal about his obsessions with his beloved Sabbath and revisits his thoughts about the band a decade later. Summer concertgoers will find Darnielle’s novel can be read (or reread) in a single sitting, with or without turntable or iPod accompaniment by Ozzy and company.

Summer is a good time to dig your teeth into Toby Barlow’s wildly original and surreal tale of werewolves in Los Angeles. Barlow’s debut novel, written in free verse, is a compelling and fantastical modern ode to metamorphosis for those who are looking for a unique reading experience and for anyone who loves lycanthropes.

Paul Beatty, author of the uproarious novel The White Boy Shuffle (also highly recommended), breaks down the walls between old and new worlds. L.A. DJ Ferguson Sowell ventures to Berlin, where he works as a “jukebox sommelier” at a West Berlin club called Slumberland as he searches for free-jazzman Charles Stone, who might bestow upon Sowell both a new sound and a new identity. Beatty's story reads as if DJ Spooky were in a sonic and Teutonic version of Heart of Darkness, hunting for his own Kurtz who resembles an amalgam of the lost-then-found Henry Grimes and the out-there Ornette Coleman.

As you spend time in airports this summer, suffering through delays and cancellations and shelling out for baggage that used to be free of charge, there may no better book to have at your side than Jonathan Miles’ debut novel in the form of an extended complaint letter wherein Benjamin Ford, stranded at O’Hare, takes a missed flight to his daughter’s wedding in Los Angeles as the departure point for a look at his entire life.

Spiral Jetta: A Road Trip through the Land Art of the American West (University of Chicago Press)

Summer is a time for road trips. Erin Hogan, a University of Chicago art history Ph.D., describes leaving behind the comfort zone of the city and embarks on a series of solo excursions in her Volkswagen Jetta to visit “land art” monuments such as Walter De Maria’s Lightning Field, James Turrell’s Roden Crater and, of course, Robert Smithson’s Spiral Jetty.

Hogan’s explorations into these “earthworks” will introduce readers to American artists who work in a “terrain” beyond galleries and museums and inspire readers to pursue their own adventures across geographical and intellectual landscapes.