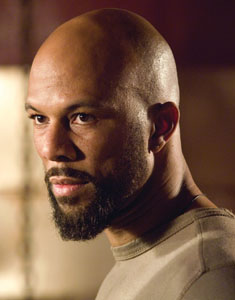 For the next 10 days, Hollywood moves west of Doheny – taking its star-studded premieres and exclusive movie screenings to Westwood – for the 14th annual Los Angeles Film Festival. From an opening night with Angelina Jolie’s new thriller, Wanted, to poolside chats about onscreen marijuana use, downtown UCLA will be taken over by every facet of the movie capital of the world and the options are almost too much to bear.

The festival is known for selecting the best in new cinema and this year, theaters like the Landmark and the Majestic Crest will be screening movies like the adaptation of Chuck Palahniuk’s Choke; Dirty Hands, a documentary following L.A street artist David Choe and Let The Right One In, a Swedish horror film involving love-struck 12-year-olds.

Also recommended are the tribute and guest artist-selected revival screenings which include Eternal Sunshine of the Spotless Mind, Pulp Fiction, Planet of the Apes, The Lost Boys and – for those that missed out on pre-Headbanger’s Ball television programming – a feature-length best-of “Night Flight” show.

Even the Ford Amphitheatre is in on the celebration, hosting outdoor events like the Scarface “swear-a-long” June 20 and a live mocking of The Wasp Woman (à la “Mystery Science Theater 3000”) June 21. And if you’re on a budget, there are free screenings galore ranging from 1986’s A Fish Called Wanda to three eclectic music video showcases (one of which is exclusively Scandinavian).

So, exit Wilshire Boulevard, battle for a parking spot, watch a documentary where Heidi Fleiss tries to open her Stud Farm, hear rapper Common banter with Dave Chappelle about life in front of a camera lens, then dance the night away to Shepard Fairey in the Target Red Room.