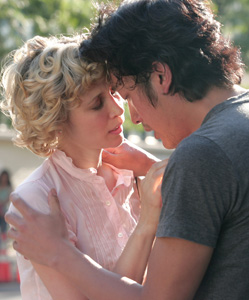 What happens when the line between love and sacrifice is blurred? This is the difficult question posed in Gina Kim’s brilliant Never Forever.

Sophie (Vera Farmiga) is an unassuming American housewife married to a successful Korean lawyer in New York City. Her husband Andrew showers her in material possessions, but Sophie is desirous of something Andrew is incapable of producing: a child of their own.

Director Kim is no stranger to empowered female leads. Her last film, Invisible Light, was praised for its stiff feminine tones and raw angst. Never Forever retains some of that same repressed anger, but the ending is still forced and vague for the sake of artistic ambiguity.