The Futureheads: This Is Not the World
(Megaforce) 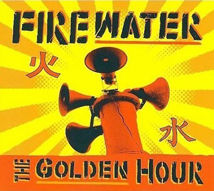 Do you miss XTC? If the answer is yes then you’ve probably been missing the Futureheads too.

After a critically acclaimed debut in 2004, the band ran into label problems causing their sophomore effort to come and go way too quickly; and in essence, the Futureheads have been missing in action until now. It’s unlikely that these guys will ever fit into the “genius” category that XTC resides in, but the Futureheads play a very similar style of music – as British as tea time, filled with quirky changes and overflowing with clever hooks.

“Work is Never Done” incorporates a little buzzing Ted Nugent-style guitar into the sparkle, and even that works for this band that is clearly on top of their game.

This is Not the World is currently available.