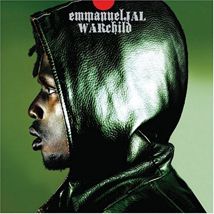 Jal is a Sudanese artist whose life story so far is one of overcoming unthinkable adversity. At the tender age of six or seven Jal was abducted from his family home and taken to fight in Sudan’s civil war, something he did until he was rescued by a British aid worker at age 13.

Now, about a decade later, Jal pours his experience into the songs of WARchild. The title cut leads off the album, telling the basic story to a Bob Marley-meets-hip-hop beat, peppered with gunshot sound effects and mournful singing in Gua, Jal’s native language.

Not everything here is about the war in Sudan: “Skirt Too Short” deals with immodesty, “50 Cent” rails against that rapper’s penchant for violence and “No Bling” is a similar commentary about negative rap in general. Jal clearly has immense talent, in particular on a unique cover of Jimmy Cliff’s “Many Rivers to Cross.”