The Dirty Little Secret About Sex Work: (It’s not so dirty after all…) 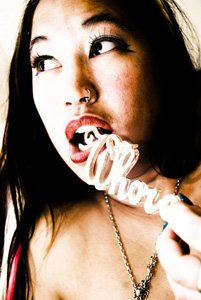 Oscar-winning Juno screenwriter Diablo Cody led a secret life as a lap dancer in seedy strip clubs before she was discovered by a big-time Hollywood producer.

She graduated from the University of Iowa with a media studies degree and landed her first job as a secretary for a law firm in Chicago. Cody was bored of her job when she entered an amateur stripper competition and got hooked.

Cody chronicled her year spent stripping and working at other sex industry jobs in her memoir, Candy Girl: A Year in the Life of an Unlikely Stripper. She showed us that the sex work industry is not a world of misled, poor, hungry, homeless, illiterate and drug-addicted men and women. She describes herself as a nerd from a well-off, wholesome family.

One of her motivations for stripping was money. Of course, she also stripped and wrote about it because she wanted to gain attention as a writer.

But it wasn’t all about the fortune and fame. By the end of the memoir, Cody says she is proud that she overcame her prior inhibitions and insecurities.

At the same time, Cody admits that she had bad experiences and noted the very sad and very vicious people she met as co-workers, employers and clients. What Cody begins to reveal is that sex workers do not have the same basic human and labor rights as other working people.

All too often, sex workers are victims of discrimination, assault, rape or non-payment by a client. And they can’t do a thing about it because their work is illegal.

It is for this reason that Mariko Passion, a self-described “urban geisha” and paid escort, founded the Los Angeles chapter of the Sex Workers Outreach Project. She is fighting for a Whore Revolution, which is about acknowledging the sex workers that exist within our communities.

Passion has nine years of experience in sex work. She has worked as a stripper, private dancer, agency escort, independent escort, Mistress/Dominant and sensual masseuse. But to disprove all stereotypes, she is educated, successful and driven.

Passion earned a Masters Degree in Social Justice Education from UCLA and chooses to run SWOP-LA. She vowed to fight for the self-determination and justice of sex workers instead of having a “real job.”

“Social justice education can happen everywhere, at any moment, not just in the schools,” Passion says. “I am using my Masters Degree to the fullest, except now I put MSW – Master of Sex Work – after my name because it seems more fitting.”

The non-profit organization focuses on ending violence through education and advocacy. SWOP-LA wants to inform the public that the sex industry is becoming a dangerous, underground world.

Because of the intolerance and stigma, sex workers are forced to work in secrecy and fear of arrest. These are women who are constantly victims of sexual assault and have nowhere to turn. There is no victims’ compensation, counseling or disability pay for an assaulted prostitute.

“Decriminalization is the only way to end the violence and discrimination in the industry,” says S. Porter, a member of SWOP-LA. “It is important that all sex workers know that they are employed in a profession where they should be treated as humans. They have feelings, emotions and intellect just like anyone else.”

Porter recently joined the organization after watching a number of her friends suffer in the industry. Though she has never been a sex worker herself, she is proud to fight for sex worker activism.

“There’s nothing dirty or shameful about working in the sex industry,” Porter says. “What’s shameful is the way that the public views them.”

“From the prospective of a nude performer, my job has been extremely empowering because I pick and choose my work,” Zhi says. “I look at it as an art form. I don’t only do it for the money.”

Also, the legalization of sex work would allow it to be carried out in better-organized circumstances. Regulations, such as requiring condom use and regular health checkups for sex workers, could reduce the transmission of HIV and other sexually transmitted diseases.

SWOP-LA promotes the health, safety and wellbeing of sex industry workers in a way that enables and affirms their occupational and human rights.