311: Push the Envelope with Ninth Relese 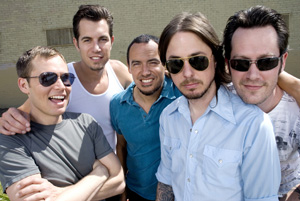 After selling millions of albums and filling venues around the globe you would think it’s relatively easy to say, “if it ain’t broke, why fix it?” But if you’re 311, being happy with a formula just doesn’t cut it.

“Not that we’ve ever had any hardships with producer Ron Saint Germain on our last four albums, but when you have the opportunity to work with Bob Rock you take it,” says bassist P-Nut of their ninth as yet untitled recording.

Producer Rock has worked with a multitude of talent ranging across the spectrum. Best known for Metallica’s monster album St. Anger, he’s also worked with The Tragically Hip, Veruca Salt and even Michael Buble.

As for the fine line between progressing in a direction that will keep their fan base and still attract new ones, P-Nut is confident that the album will be able to do both. 311 will be recording this album in two parts, for the first part they will complete just the music and for the second part they’ll lay down the vocals after the break from their Summer Unity Tour with Snoop Dogg.

P-Nut says they plan to perform at least two or three new songs for the lucky tour attendees.

“Really, we are a band that connects with our fans on the road, we feed off their energy,” he says.

Indeed the hardcore fan base of 311 is in for a treat, even though most followers will just be happy to see their band on stage.