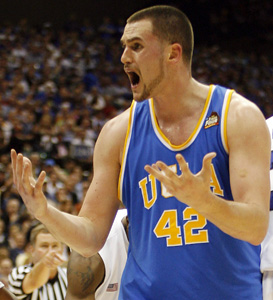 For most casual NBA fans, winners and losers are decided in early June when the playoffs are in full swing and the most experienced teams fight for the coveted right to hoist the Larry O’Brien Trophy. True fans, however, know that future NBA champs are molded roughly 10 days later in the NBA Amateur Draft at famed Madison Square Garden in New York.

There, the organizations show their true colors as they use all the information at their disposal to select the best and brightest young talent the basketball world has to offer. The criteria for a solid draft is different for every team, from those who address specific and necessary needs to those who take top talent at it highest value. Here are the winners and losers of this year’s NBA draft.

The Bulls made Derrick Rose the first guard drafted No. 1 since Philly took Allen Iverson in 1996. He has as much potential as the 2001 MVP and will look to lead Chicago back to the playoffs with his excellent passing and his transition offense. Current PG Kirk Hinrich should probably start getting his resume together.

The Sonics took UCLA’s Russell Westbrook fourth overall, about four to seven spots too high. He’s an excellent defender and a decent guard, but no one knows where he’ll fit in the NBA – a big fear for such a high pick. Kevin Love had the most value on the board and could have been traded to a number of teams for quality in return. Speaking of which…

With his first smart move since becoming GM of the Timberwolves, Kevin McHale took USC’s OJ Mayo, knowing that he could move the highly sought after guard to fill multiple needs. He swapped OJ Mayo to Memphis for UCLA’s Kevin Love and three-point threat Mike Miller. Along with Al Jefferson and Randy Foye, Minnesota’s young talent makes them a solid future contender and a pretty tough team inside.

All three traded or sold their picks away for cash, past players and future considerations. The draft is the single best way to improve your team in a cheap, efficient manner and on a day when talent like Chris Douglas Roberts and Mario Chalmers both fell to the second round, improvements could have been made to all three teams easily.

The Lopez twins both got drafted in the first 15 picks, with Brook going to New Jersey and Robin to Phoenix. While Brook comes in with more prestige and is seen as an excellent prospect, Robin’s lower expectations, his strong defensive presence and his perfect fit as a Suns role player might make him the more successful of the brothers.

The Spurs front office sent a mass e-mail out June 26 to all 29 teams saying that they really had no use for their 26th pick and would take just about any offer anyone made them. No one took them up on it, and the Spurs ended up selecting George Hill out of IUPUI who wasn’t even the best point guard available, much less the best player.

They traded Memphis a guy they didn’t want (Kwame Brown), a guy they didn’t like (Javaris Crittenton), a guy they’ll never see (Marc Gasol) and the 28th pick for Pau Gasol, probably 15 extra wins and a trip to the finals. A pretty good deal considering Memphis ended up taking Darrell Arthur, his kidney problems and a whole lot of headaches. So once again the Lakers found a way to win. What a shock.