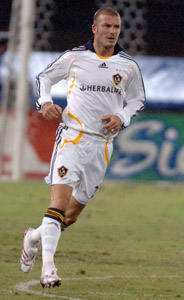 The Fourth of July is known for fireworks, and this year will be no different as the Los Angeles Galaxy host the New England Revolution for a Major League Soccer contest between two of American soccer’s top teams.

Both teams bring a different style of soccer to the field. While the Revolution is defensive-minded, offense may reign on July 4, as the Galaxy defense is virtually non-existent.

Representing a “run-and-gun” game, the Galaxy lead the league in goals favored, with 32 balls finding the back of the net. Yet, Los Angeles’ porous defense allowed 28 goals.

On the bright side, the four-point goal differential is third highest in the league and tops in the Western Conference. The Galaxy hopes that its offense will outside the Revolution, whose defense is tied for third-best in the league with 18 goals allowed.

Fittingly, New England’s style of soccer is the opposite of Los Angeles’. Its 18 goals allowed are fewer than any team in the Western Conference. Offensively, the Revolution has only found the back of the net 23 times.

With Landon Donovan (11 goals, seven assists), David Beckham (four goals, six assists) and Edson Buddle, the Galaxy will do all they can to ignite its offense.

The Revolution will depend upon Steve Ralston to man the middle of the field. Teammates Adam Cristman and Kheli Dube have been inconsistent, but with an open Galaxy defense, the trio of players may find enough openings.

As of June 30, both teams are in first place in their respective conferences.