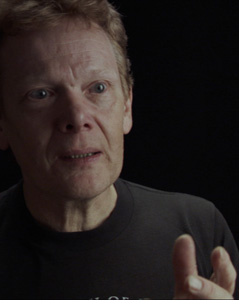 There is passion in the soul of Philippe Petit. Even at the brittle age of 58 the world-renowned French tightrope walker bursts into each sentence while reminiscing of his greatest achievement, walking between New York’s Twin Towers on a steel cable during the morning hours of Aug. 7, 1974.

Director James Marsh gives us several different perspectives from the people closely involved in the “artistic crime of the century” in the documentary film Man on Wire. Most notable is Annie Allix, Petit’s girlfriend at the time and requisite moral support system.

Still, it is Petit who is the performer here. His frontline accounts are vivid, and his story-telling ability uncanny. We all but forget there were spectators like Allix even present.

I had to laugh when Petit recalled how dozens of captivated New Yorkers stopped him on the street in the aftermath of his performance, only to ask why he did it.

“What a very American question,” Petit gushes. “I didn’t have a why!”

How undeniably French of him.