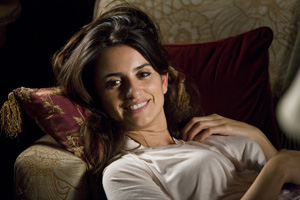 A unique love story dares to tackle the joys and pain of May-December romance in Elegy. Penélope Cruz is charming and tragic as Consuela – a contemporary and classy young woman involved with an equally intriguing older man named David (played by Ben Kingsley).

David becomes consumed with Consuela. Meanwhile, he must contend with the failing marriage of his son Kenneth (played by Peter Sarsgaard) as well as the infidelity of his best friend, George (Dennis Hopper).

After his breakup with Consuela and the rekindling of his “friends-with-benefits” arrangement with a woman named Carolyn (Patricia Clarkson), David has nearly given up on love. That’s when Consuela comes back to him – but with very sad news, indeed.

Elegy was directed by Isabel Coixet. She has crafted, in Elegy, a fine film for adults. This is a film reminiscent of ’70s romantic dramas like Love Story starring Ryan O’Neal and Ali MacGraw. Although the cast and subject matter are very grown-up, this movie is still quite sexy and involving. Grade: A