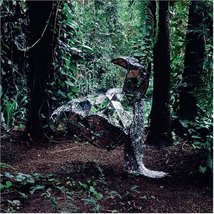 Instead of the random Portuguese interludes and clever lyrics that made CSS stand out from all the trash trying to make us dance, Donkey strains to maintain their former party vibe, opting instead for serious lyrics about suitcases full of emotions and watching TV with your sweetie (yech!). Even the music has become trite, morphing from signature cutesy beats and simplistic distorted guitar riffs to beefed-up bass lines, radio-friendly song-titles and heard-it-all-before, polished-to-all-hell ’80s-influenced dance rock.

Songs like “Jager Yoga,” “Reggae All Night” and “How I Became Paranoid” are enjoyable in their own right. Perfectly catchy and horribly addicting, Donkey is a great pop record, but it’s no CSS.