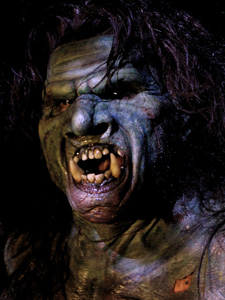 The one major problem with this silly gore-fest is that it doesn’t go far enough to really match the cult classics of the last few decades. While the faces unnaturally caving in when impacted may be fun, it can’t match classics like The Evil Dead for sheer ridiculous violence. Still, it is an enjoyable reminder of a time when horror films were more fun than grotesque.