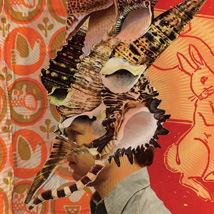 From the first strange sounds of Son, Ambulance’s third full-length album, Someone Else’s Déjà Vu, it’s obvious that the album will be a journey. The album opens with seemingly random squeaks that give way to a bossa nova number, laying the groundwork for the metamorphosis of sounds and styles that follow.

The first half of the album is a heavily acoustic folk-inspired tour, moving from Simon & Garfunkel-like harmonies to more psychedelic, upbeat melodies and ultimately to a simple guitar folk. The album then takes a violent turn with the discordant tune simply called “And,” which abruptly takes the album into the electronic-heavy sounds of the second half of the album.