Miami To L.A.: A Filmmaker's Journey: A Brother's Gift of Movie Magic 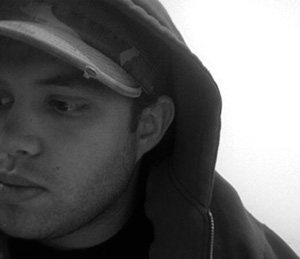 Everyone has an inner Dharma that guides their dreams. My passion for filmmaking allows me to put everything from writing, producing and directing into unraveling my vision on screen.

Being raised in Miami, I always dreamed of directing a feature film adaptation of the TV series, “Miami Vice.” That dream came true in 2005 when I was able to work on the feature film directed by Michael Mann.

I also won “Best Short Film” at the Cinema City International Film Festival for “Triangle Blvd” and can attest that there’s no better feeling than seeing one’s hard work rewarded.

Once I reach my goals of writing and directing my own feature films, I intend to give back to my industry by helping up ’n’ coming filmmakers, because without the support of my mentors, I would not be where I am today.

One way I’ve already shared my success is by helping my younger brother, Edwin Mariano, reach his dream of attending school for screenwriting, which he otherwise could not afford.

Earlier this year, Toshiba and the New York Film Academy (NYFA) launched “The One to Watch” Film Competition. The competition gave budding filmmakers, like myself, the opportunity to create a short film about Toshiba’s REGZA line of LCD TVs for the chance to win a one-year tuition scholarship to NYFA programs.

I was the lucky winner and decided to use my prize to help my brother fulfill his dreams. Edwin will attend the NYFA Los Angeles campus in the upcoming year, courtesy of Toshiba.

Everyday I wake up one step closer to accomplishing my goals and aspirations. Along the way, it doesn’t hurt to enlighten others.

I have always stated that, “a picture can tell a thousand words, but a film can tell the truth.” I hope to inspire individuals around the world with my films. To view Eddie Mariano’s film, please visit, tacp.toshiba.com/regza/commercial.html. For more information, visit www.findtherightTV.com and www.REGZA.com.