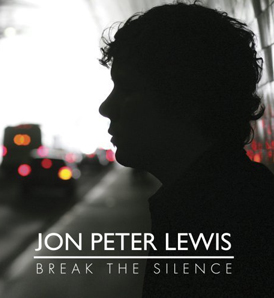 The second independently released album from season three “American Idol” finalist, Jon Peter Lewis, is a collection of easy listening mainstream pop/soul ballads. JPL, as he was known on “Idol,” seemed to lose all of his uninhibited onstage goofiness for a more mellow approach to music on this CD, for which he penned several of the tracks.

The backing from revered session musicians like drummer Kenny Aronoff and guitarist Nick Lashley add to the overall sound and radio appeal. I imagine JPL was aiming for an original sound and approach, but I couldn’t help recognizing that the songs are strangely divided into the style of two popular artists – season two “Idol” runner-up Clay Aiken and crooner Michael Buble.

Break the Silence is currently available.