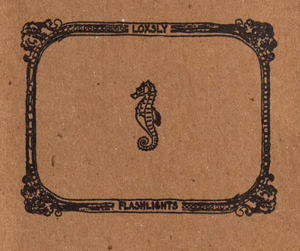 I’m beginning to think Austin, Texas is a part of the United Kingdom. It seems as though most of the bands out of or around this small southern musical haven have an unmistakably British sound (i.e. Spoon, Midlake). That said, Loxsly is definitely one of them.

Their new EP, Flashlights, is the follow-up to 2005’s Maps and Organs but is only four songs strong after the band took a nearly three-year break. The album’s opener, “Lamprey Eels,”’ sliding guitars and soft, raspy vocals carry like an Athlete B-side, while “Chopper” has a gratuitous drawn-out ending that goes on much longer than it should.

“Speckled Eggs” (their best track by far) is a direct offspring of Spoon and Ben Folds Five with catchy harmonies and even a little banjo thrown in. All in all, Flashlights is more of a first rate demo than an EP.