Perhapst: Self-titled
(In Music We Trust) 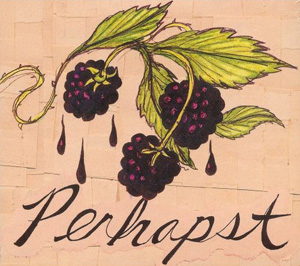 John Moen is probably best known as the Decemberists’ drummer, or maybe for his affiliations with Elliott Smith or Stephen Malkmus (ex-Pavement). But Perhapst is more than a side project for a sideman.

Moen once led the Maroons, and on Perhapst, he comes across as a confident frontman. Perhapst is mostly a one-man-show, with a stylistic mix of indie-pop, British ’60s influences and alt-folk/rock, which underlie Moen’s likeable, easygoing vocals and often stream-of-consciousness lyrics.

“Maryanne” and bluesy “Caution” are hummable beat-group pastiches recalling the Beatles or the Kinks. “Harbour” and “Blue Year” have a winning indie-rock palette complete with winding guitar.

“Aren’t You Glowing” nods to both Nashville and John Lennon. Acoustic “Hyper Planets” has an Elliott Smith tone. While individual songs maintain balance, overall the 11-track album doesn’t sustain focus from start to finish, possibly because Moen offers various musical personalities without committing to one or two defining styles or characteristics.