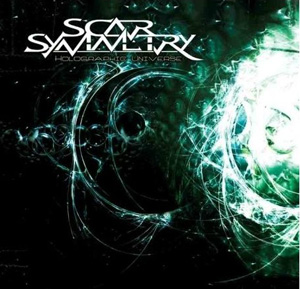 Remember the old prog-rock group Asia that had a bunch of radio hits in the ’80s? Well imagine that they’re back in action with a new lead singer, Satan, and you have a pretty good idea of what Scar Symmetry sounds like.

The real lead singer of this Swedish band is Christian Alvestam, and he’s got the demon-growl vocals down pat. Alvestam also boasts a conventional singing voice that’s not only clear as a bell but perfectly suited for songs like “Timewave Zero,” one of the many arena-style anthems included on Holographic Universe.

Alvestam’s vocal schizophrenia is sure to confuse some listeners; am I tuned-in to Radio Hell or am I at a Yes concert? But the music is perfectionist-good throughout; drummer Henrik Ohlsson pounds out merciless thrash beats, but much of his work here is far more sophisticated and guitarists Per Nilsson and Jonas Kjellgren slash with fire and finesse throughout.