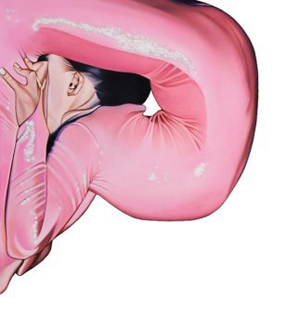 The duo that forms Elsiane’s creative nucleus consists of singer/lyricist/songwriter Elsianne Caplette, a native Peruvian, and Stephane Sotto, a drummer from Canada. They apparently met in Montreal, combining their talents in the music and their names in the band’s moniker.

Some of the instrumentation is unexpected. There’s the slightly melancholic “In a Crisis...” that consists of a lone cello with some subtle effects. They even add an erhu, a Chinese fiddle, at the close of the first song. “Paranoia” adds a Middle Eastern-tinged pulse, rounding out what would otherwise be a strictly pop album.

The sound brings to mind Portishead with a Sade vibe. Caplette’s breathy and deliberate vocal stylings sometimes sound as if they should be coming out of a Victrola.

The band’s emphasis on melody comes across strongest in “Mend (To Fix, To Repair),” which hints at Angelo Badalamenti in its final moments. If only they included more and longer moments like that, then this would be a more compelling album. The recording suffers from a bit too much polish (the wikipedia entry for producer David Kakon associates him with Cirque du Soleil), but the musicianship throughout is noteworthy.