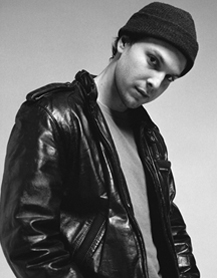 After a recent game by its New Jersey Nets, the Continental Airlines Arena in East Rutherford, N.J., hosted a bonus event – a Gavin DeGraw concert for all the hoops fans in attendance. Or maybe that should be the other way around.

"That was really solid," DeGraw says. "There weren’t that many more people at the game than there were at the concert."

The Nets are struggling with a losing record this year while quite the opposite is true for DeGraw, who has worked his debut release for J Records, Chariot, to platinum. DeGraw says that he took the opportunity to shake hands with a couple of the Nets but confesses that he’s not much interested in basketball or any other sport.

"I’m not much of a fan of anything, to be honest with you. I’m a big music fan. I think that’s why they didn’t mind my playing; I’m not a nuisance."

The show in Jersey was one of the last before DeGraw embarked upon his "One Tree Hill" Tour, named after the WB television show of the same name. The show has been instrumental in DeGraw’s steady rise to stardom as his "I Don’t Want to Be" is heard weekly as the show’s theme song. Yet before he started writing his original material, which could be described as a mix of soulful pop rock, DeGraw worked the bar circuit cranking out cover tunes.

"After playing in bars for awhile, you realize you need to play some rock ’n’ roll for people who are hanging out there. We did The Beatles, Neil Young, Cream and Tom Petty."

DeGraw also attended Berklee School of Music, but quit after a short duration. The singer-songwriter says that, "Going to an institution for music just seemed kind of funny. I just didn’t want to have the art sucked out of me, and it seemed like everyone was making a living at music except me. Here I was paying someone for my interest in music."

DeGraw is now making a good living off his music and doing it without gouging his fans. He convinced the powers-that-be at J Records to let him completely redo Chariot in a "stripped down," acoustic-style version so fans could hear how the songs have evolved. Then he got the label to bundle Chariot Stripped with the original, so anyone who buys the album gets a two-for-one deal on songs like "Crush" – an intimate look at a fellow who takes an optimistic look at unrequited love. DeGraw reminisces with a laugh about his first schoolboy infatuation.

"Her parents were friends of my parents and we went to kindergarten together. I didn’t handle it very well. By the next year, I had a crush on somebody else."

Not all of DeGraw’s songs are love songs. "Chemical Party" deals with the consequences of reckless drug use and is written in the first person, reflecting an actual tragic event.

"A friend of mine had OD’ed. She was a girl - was a girl- who liked to experiment at parties and one day she overdosed. It was a terrible scene. I didn’t want to make it too obvious of a song – ‘Hey, check it out, this girl OD’s.’ It’s a rock song and it’s a fun song; you kind of have to pay attention to see what’s going on."

Like all hit acts these days, DeGraw has licensed his music for ring tones and says he’s even heard his music chiming out of a wireless phone while he was sitting on a train in Japan. The artist himself uses a plain ring on his phone but if he were to choose a tone, it would be the classic sound of triumph. "I think the ‘Theme from Rocky’ would be a good one," says DeGraw. "Don’t you?"

Chariot is currently available. Gavin DeGraw will be playing on March 9 at the Wiltern with Michelle Branch, Tyler Hilton and others on the "One Tree Hill" Tour. For more information, visit www.gavindegraw.com.