Ladies, Take Off Your Tiaras: Three Tips To Get The Salary You Want - And Deserve 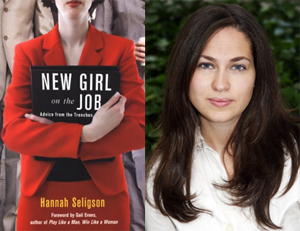 There is an epidemic sweeping through offices across America – it’s called the “Tiara Syndrome.” Carol Frohlinger and Deborah Kolb, founders of Negotiating Women, Inc., an organization that provides training and consulting to professional women, coined the phrase to describe how women often operate in the workplace, when it comes to salary and raise negotiations.

When I interviewed Frohlinger for my book, New Girl on the Job, she said, “Women expect that if they keep doing their job well someone will notice them and place a tiara on their head. That never happens.”

What is happening, however, is that their male co-workers are probably making substantially more because they’ve gotten hip to the idea that employees have to initiate negotiations to climb the corporate ladder. One young woman I interviewed – a high-powered Chicago-based consultant in her early 30s – told me that by the time she left for business school she was making 40 percent less than her male colleague.

The story of the Chicago consultant is emblematic of the Tiara Syndrome. Recounting her experience, she said, “I just thought I would get paid what I was worth.”

It’s more than an issue of skewed self-esteem. The economic repercussions of the Tiara Syndrome are staggering.

In their illuminating book, Women Don’t Ask: Negotiation and the Gender Divide, which explores the psychology and economics of women and salary negotiation, authors Linda Babcock and Sara Leschever sum up the consequences as pretty extreme. They calculated that by not negotiating on her first job offer a woman sacrifices more than half a million dollars over the course of her career.

As Babcock and Leschever put it, “This is a massive loss for a one-time negotiation and avoiding what is usually no more than five minutes of discomfort.” What became clear to me, after interviewing over a hundred working women in their 20s and 30s, the majority of whom suffered from mild to extreme cases of the Tiara Syndrome, was that while there might be a deep problem in the female psyche about not asking for what we deserve, the problem could be solved, or at least ameliorated, by giving women the language to initiate salary and raise negotiations. In my mind, it boiled down to needing a script.

Tory Johnson, the CEO of Women for Hire and career expert for ABC’s “Good Morning America,” was heralded by the May 2006 issue of Glamour magazine as “the raise fairy godmother.” When I asked her for advice to include in New Girl on the Job she recommended the following tactics:

• Start positive and get it in writing. Johnson suggests saying something like, “I’m thrilled by the offer, but I would like to get the whole compensation package that you’ve offered me in writing.”

• Be firm. If the organization offers you a figure lower than what you expected, say something like, “I appreciate the offer, but I have to say that the base salary is less (or significantly less) than I anticipated given what the appropriate range is for this position and for the skills and experience that I bring to the job. Can you give me a sense of how much room there is to maneuver on this number?”

• Follow up. If an employer still won’t budge on the number, have them agree to a salary negotiation, or review, in six months as opposed to a year. Additionally, find other areas of the job to negotiate. Whether it’s working on a specific project, or with a certain group of clients.

Needless to say, ladies, it’s time to take our tiaras off.

Hannah Seligson is a freelance journalist and the author of New Girl on the Job. Her work has appeared in Wall Street Journal, The Boston Globe and the New York Post. Hannah is currently working on her second book, A Little Bit Married: How to Know When It’s Time to Walk Down the Aisle or Out the Door (DeCapo, 2009). For more information, visit www.hannahseligson.com.