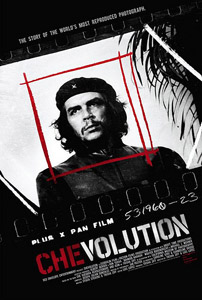 With nearly half of Los Angeles County’s population boasting Hispanic or Latino origins, it seems appropriate that the city is also home to the premiere film festival for movies from Argentina to Spain and Uruguay. Starting this weekend, the 12th annual Los Angeles Latino International Film Festival (LALIFF) will bring Hollywood Boulevard el sabor de cultura latina through 105 features, documentaries and shorts from Latin America and beyond.

Bouncing between the Egyptian Theatre and Mann’s Hollywood & Highland complex, the festival’s movie selections run the gamut from a Brazilian Romeo and Juliet (Maré, Nossa História de Amor) to a documentary about the cult following – and massive T-shirt printing – of Korda Díaz’s infamous photo of Cuban revolutionary, Che Guevara (Chevolution).

Most screenings are followed by a Q & A session with someone associated with the film, and every night the Egyptian’s courtyard will be filled with live music (“latin-tinged hip hop, rock, cumbia, electronica and reggae,” according to the press release which was also sent out – duh – in Spanish). Specially priced cheap tickets are available for students, so grab a lime and your trusty bottle of Tapatío (for the butter-“flavored” popcorn!) and get down to the LALIFF for a little slice of home – wherever that may be.