Nicholas Bruckman: He has a story to tell and he is not afraid to document it 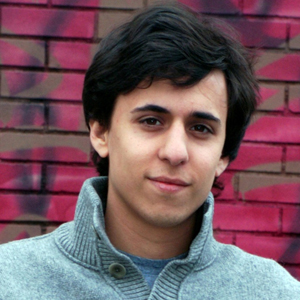 Anyone who has ever been 23 will tell you that they had no idea what to do with their lives at that age. Some of us however, know exactly what we want and how to convey it. Nicholas Bruckman has plenty to say, and he wants people to listen.

Bruckman, a native New Yorker, is embarking on a filmmaking career he hopes will make some noise, and if his debut film is any indication, Bruckman will have no problem turning heads. Based on a true story, La Americana, an official selection of the 2008 Los Angeles Latino Film Festival (LALIFF), which will be screening Sept. 14 at the Egyptian Theatre, depicts Carmen, an undocumented migrant who travails from Bolivia to New York City and back in order to support her disabled daughter she left behind.

When asked why he decided to take on such a widespread topic as immigration, Bruckman recounted how touched he was when he first met then got to know to the real life Carmen during the mass immigration rallies of 2006. It was then that Bruckman decided he had to present “a human face of illegal immigration.”

As a graduate of the State University of New York at Purchase College where he majored in New Media, Bruckman understands the hardships of being a first-time moviemaker, especially for a first-time independent filmmaker.

“The current climate for independent documentaries is very tough. The easiest part is making the movie and then the real work begins,” Bruckman recounts.

If one considers the current saturation of overly priced and underdeveloped films, it’s not hard to see Bruckman’s view.

When asked if he had any advice for aspiring filmmakers, Bruckman’s answer is clear, “Just do it. Use friends, use resources, use your friend’s resources. You just have to get in the process. I learned more from making this film than I could have in four years at film school.”

Fortunately for us, Bruckman took his own advice.