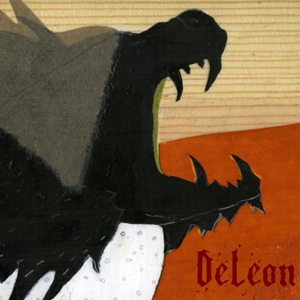 DeLeon is named after Moses de Leon, a Kabbalist philosopher who lived in Spain during the 13th century. The band’s musical influence doesn’t go back quite that far, but still, their sound is rooted in antiquity.

“Yodukha Rayonai” is a sort of slow-motion Hora (Greek, Balkan or Israeli circle dance) with handclaps used for a mesmerizing rhythm. The song’s exotic Middle Eastern sound is typical of the esoterica found throughout DeLeon.

But for all the mystic leanings the rhythms really are the thing here; even “Adio Querida,” which starts out sounding like it might be a Gregorian chant, finds its way to the dance floor and ends in a sexed-up horn and psychedelic guitar crescendo. This isn’t house music, but much of what DeLeon offers here wouldn’t be out of place thundering out of speakers in clubs from Tel Aviv to Amsterdam.