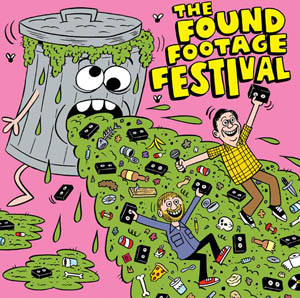 While we’re on the subject of going green (read: this month’s special feature), nothing says, “I love the Earth” more than recycled movies. And we don’t mean melting down VHS tapes or dropping them off at that Replanet setup behind the grocery store. Joe Pickett and Nick Prueher recycle their tapes by scouring Goodwills and Midwestern garage sales and turning, first, their living room and, now, projection screens around the country into showcases for long lost training videos and hilarious home movies.

Pickett and Prueher, former The Onion and “Late Show with David Letterman” writers, respectively, have compiled so much forgotten footage over the years that they’ve released three DVDs and are now embarking on the Found Footage Festival tour, a three-month, 40-show extravaganza with its inaugural show happening this Friday at Hollywood’s M Bar.

It’s the type of event you have to see to believe. Exercise video montages mingle with overly graphic corporate safety lectures that hug embarrassing Memorial Day partying topped off with a ’70s-era Governator groping uninterested women in Rio de Janeiro.

These are all real, legitimately found videos that, in a backwards “America’s Funniest Home Videos” way, are making unwitting cult stars out of ordinary citizens; and if you’re lucky, someone from the video smattering will show up at the festival to watch their recycled masterpieces in action and – if you’re even more lucky – they’ll reenact their moment of fame onstage.

Prueher and Pickett – Bob Saget was unavailable for comment – play host to the evening’s double showing, filling in the time between “Secrets of Pool Hustling,” “Talking Beards” and tour-special montage, “Babes,” with background information, theories and other witty banter. Like Prueher’s comparing of their found videos to fine wine.

There’s some – like a rapping Wendy’s training video – that can be appreciated for their outright ridiculousness, but others, like a Wisconsin garage sale find they titled “Kirk’s 40th Birthday” that are “for the connoisseur of found videos.” You have to appreciate it and let it soak in.

So if your sports team ever released a music video in the ’80s, send it their way – especially if it’s the L.A. Rams singing “Ram It” – and head down to the M Bar for a night of laughs at footage thought lost forever (rumor has it that the Laughing Yogi will be making an appearance).