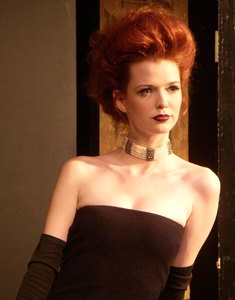 “Ragtime” is hot from the big opening number to the huge finale. Thirty-seven actors and 10 orchestra members bring E.L. Doctorow’s novel to life, intertwining three distinct stories of love, wealth and prejudice. It’s a long journey, running over two-and-a-half hours, but well worth every minute.

The tale of Coalhouse Walker’s (Kevin Yarbrough) existential journey is the strongest of the three. Josie Yount does a cute turn as the fetching Evelyn Nesbit, and Eduardo Enrikez is dynamic as master magician Harry Houdini. Figures such as Emma Goldman, Booker T. Washington and Henry Ford are depicted along with fictional characters, giving the stories realism.

The music is the star here as the cast delivers number after number creating a powerful picture of life at the turn of the 20th century.