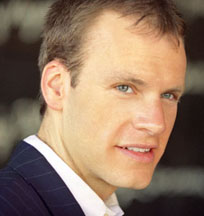 Ken Lally isn’t your run of the mill actor who waits tables or pours drinks at your local watering hole. Lally is the son of a spy, a well-respected martial artist and above all, an actor striving to become Hollywood’s “next big thing.”

Lally has bounced around the country since he was born, including an air force base in Wisconsin. His several tenures in London, New York and most recently Los Angeles have earned Lally respect and admiration from his peers and acting teachers; instructors that recognized his undeniable talent and urged him to make the move west to Tinseltown.

His ambition to become a renowned actor has begun to pay off. He’s one of the newest villains on NBC’s hit series, “Heroes.”

Lally plays “The German,” and fully embraces his character, despite his evil ways.

“Even though I can manipulate metal, I enjoy beating people up,” states Lally of the German’s superhuman powers.

Lally landed the role when his agent got word that the “Heroes” production needed an actor that could speak German.

“I will definitely be in more than one episode,” states Lally, but he remains uncertain of his potentially recurring role. “The writing is constantly changing on ‘Heroes.’ It all depends on the writers.”

Aside from his current gig, Lally has several notable screen credits. He played minor roles in both sequels to the Pirates of the Caribbean franchise and has appeared on shows like “Alias,” “Star Trek: Enterprise” and “Terminator: The Sarah Connor Chronicles.”

Lally’s current acting credentials are preceded by his reputation as one of the toughest stuntmen in the business. His love for martial arts naturally gave way to a career in which Lally got paid to get beat up. Now he’s earning his bucks in prime time.