The Presets: A Pop Band that Steals from the Techno World 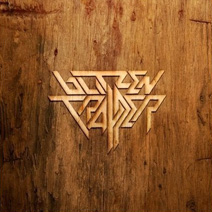 While today’s generation of underground electro acts seems to give birth to artists on an almost daily basis, only a select few have truly discovered their unique voice in the top ranks of the dance community. Whereas younger artists flock to club-friendly laptop beats, the Presets have come to define a new wave of dour dance music.

Though not necessarily downer music, the Presets aren’t the type of lads to make blithe beats. Instead, the Australian duo makes supersonic music for the club kids who only dance in the dark.

Keeping faithful to their sinister-sounding disco-electro, the Presets make a full-fledged return with Apocalypso. Back with dark, Depeche Mode-driven grooves, industrial-influenced dance tracks and acid house roots, Apocalypso is marked by the tried and true neo-electro the Presets have helped shaped in their short, five-year career.

“We didn’t just want to make a techno record or a house record,” says producer/keyboardist/vocalist Julian Hamilton about the duo’s latest release. “We’re not really a techno act, but really a pop band that steals from the techno world. We didn’t want to sound un-uniformed. We were a lot more conscious this time, a lot more stripped back.”

The duo met while studying classical music at Sydney’s Conservatorium of Music. While Beethoven’s lavish crescendos and Mozart’s multilayered masterworks sound nothing like the Presets’ industrial disco, Hamilton acknowledges the influence that the Mahlers and Stravinskys have left in music history.

With Australian bands like the Presets, Cut Copy – both signed to influential indie Modular Records – and Midnight Juggernauts dominating the dance circuit, one would assume that the land down under is the next musical epicenter, the Australian version of Detroit Rock City. Hamilton thinks otherwise.

“The funny thing is, I couldn’t think of the next band on that list,” says Hamilton of Australia’s lack of presence in the music industry. “I don’t think Aussie is this amazing place to produce new music. Aussie products are oddities. I think we’re just out of place in Aussie as we are here [in the United States] and across the world.”

First thing’s first: Hamilton is no Benedict Arnold, but his firsthand experience in the Australian music market gives him an insider view to the country’s burgeoning industry.

“I guess we’re a country with 20 million people, [and] you might get one [major band] from Aussie: AC/DC, Wolfmother,” says Hamilton. “It’s a healthy little industry. It’s been very rock centered. A No. 1 dance record would have been unheard of years ago. We haven’t really got much of a history. We haven’t got a Rolling Stones or Beatles. We do what we like, but every once in a while there’s something hopefully fresh and different that becomes popular. Cut Copy and Presets are popular because it’s from the heart, and it’s something new and different.”

The Presets caught a milestone break last year, as they landed a supporting slot with the godfathers of house music: Daft Punk. Though their Alive 2007 stint helped the Presets gain mainstream popularity, Hamilton was everything but star-struck with the robot rockers.

“It’s always been a cliché how dance music likes Daft Punk,” says Hamilton. “They’re like gods. What are you going to say to them? Daft Punk are of course an inspiration already. We didn’t really need to meet them.”

Since the release of Apocalypso, the Presets have heavily toured across the world while still finding time to envision their next record.

“We wouldn’t, that’s the thing,” says Hamilton of working with producers for their future records. “We have dreams and visions of our own that we want to fulfill. I think we’re just beginning to learn those production skills to realize those visions.”