HOW TO HAVE A POWERFUL POST BY 2010: Four Ways to Jumpstart Your Career 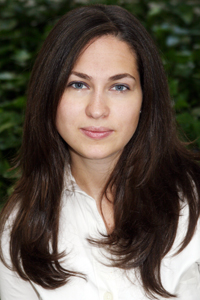 Barron’s predicts that by 2010 a woman has a one in seven chance of having a powerful job post. By 2020 it could be one in five.

Here’s how to make those predications a reality.

When people talk about what you are going to do post-graduation, the question is typically framed in terms of “finding a job.” You don’t hear people say, “Julie, find a career.” But they should.

While it might be daunting to think that way in your 20s, it’s imperative to. Jobs are not as lucrative or satisfying as “careers.”

Tory Johnson, the CEO of Women for Hire and one of the career experts I interviewed for New Girl on the Job puts it like this: “It’s very easy for young women to get stuck in support roles ... After a year or so you become pegged and it’s more difficult for your employer to see you in a different light.”

Ilene H. Lange, president of Catalyst, the leading research and advisory organization working with businesses to expand opportunities for women at work, attributes the glaring absence of women at the top to the fact that women are two-and-a-half times more likely to be channeled into staff jobs like Human Resources and communication than into operating roles where they would be generating revenue and managing profit and loss.

Self-promote, because no one will do it for you.

Women Unlimited, a national mentoring program, recently conducted a survey with 100 professional women about their views on the workplace. The results were compared to a Girls Inc. survey called “The Supergirl Dilemma.”

The Supergirl survey found that girls feel an inordinate amount of pressure to reach inhuman benchmarks of achievement and perfection. Ironically, their conceptions of “perfection” are often the qualities that stymie women in the workplace, such as the desire to please and be liked.

The results signal a logical progression from the Supergirl dilemma to the Superwoman dilemma. Part of the Superwoman dilemma is reflected in their finding that more than half (56.4 percent) of the women took credit for their work “rarely” to only “sometimes.” This, unfortunately, doesn’t jibe with the advancement paradigm in the American workplace.

So, when you get accolades from a client or anyone for that matter, forward it on to you boss. Keep a work journal and note your contributions to projects so you’ll have a concrete list (read: bargaining power) when you need to negotiate for a raise or a promotion, and always, always take credit for your work, or someone else will!

Even Venus and Serena Williams have a coach.

According to a 2002 survey by the Simmons School of Management women who had informal mentors reported greater numbers of promotions and a higher promotion rate than those without mentors. But “mentor” isn’t a singular concept.

Think about it as if you are building a team. You want to seek out relationships with a broad range of people, both within and outside of your office, so you can strengthen different skill sets.

As I say in the closing chapter of New Girl on the Job:

“Young women need to keep renegotiating the rules of the workplace, or we’ll be stuck playing the old ones. But the rules won’t change on their own – they never do. Change is spawned by a movement, the type of movement that gave women the right to vote, entrance to the workplace and access to birth control.” For more information, visit www.hannahseligson.com. To submit a question or topic for consideration, e-mail hannah@campuscircle.net.